Four-time PBA Tour champion Ronnie Russell, who has struggled in recent years, has left Ebonite International and signed with Storm.

The new deal with Storm started today and will run through 2020 at which point he plans to sign an extension, Russell told FloBowling. He was with EBI for three years and before that spent time with Motiv.

The move was a natural fit for Russell, who works for Dexter, which is affiliated to sell Storm shoes, he said. That relationship between Dexter and Storm presented an opportunity for Russell.

“It was hard to leave EBI because some of my best friends work for them, but it’s a fresh start for me,” Russell told FloBowling at the U.S. Open. “I needed something new. It hadn’t been the best three years for me and hopefully I can get back on track. With all my ties with the Dexter job, it just all made sense for me.”

Russell, who joined the PBA in 2003 and has $574,642 in career earnings, has suffered through one of his worst seasons on tour this year, though he did make the show at the PBA Chameleon Championship, finishing fourth.
His last title came in 2016 when he was awarded a title as part of the PBA Team Challenge, while his last singles title came at the PBA Badger Open in 2015. His first title came at the 2013 Brunswick Euro Challenge and he followed it up by winning the PBA Bear Open in 2014. 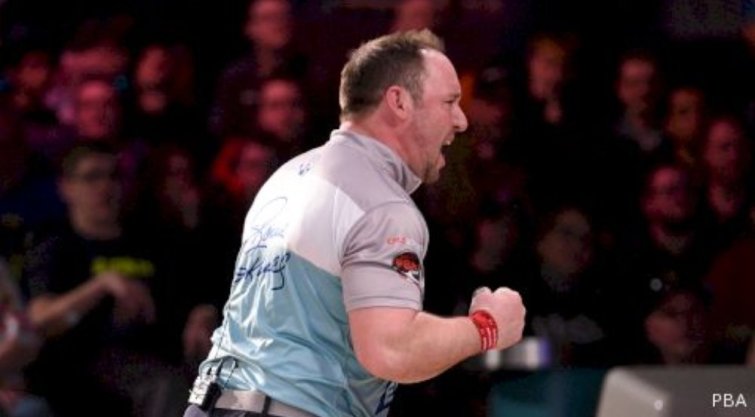