The second year of the PBA-FOX Sports agreement features six telecasts on FOX, the most PBA action on network broadcast TV since 1999. Plus, there will be 25 shows on FS1 and a total of 23 live broadcasts, the most in 12 years (up from 19 live shows last year). Altogether, the 2020 TV schedule includes more than 60 hours of coverage.

“We are delighted to expand our Go Bowling! PBA Tour offerings,” says Wanger. “In our first season, we brought new energy and excitement to the tour, highlighting the star bowlers and enhancing the broadcasts with Kegel’s Specto ball-tracking technology StrikeTrack to provide real-time ball tracking during all events.”

Kicking off the 2020 PBA on FOX season will be a bonus event – PBA Clash – on Sunday, Nov. 3 on FOX. The 90-minute telecast will feature top PBA stars in a unique, $50,000 winner-take-all competition, plus a look at the new year and upcoming events on FOX and FS1.

“We’re making major investments in the PBA and the future of the tour by expanding TV coverage and increasing prize money across our tournaments,” said Edison, the PBA’s CEO and Chief Customer Officer of Bowlero Corp, its parent company. “Bowlero Corp purchased the PBA with the goal of strengthening its presence throughout all media and our partnership with FOX is an essential part of that objective.”

Other highlights of the 2020 PBA on FOX Sports schedule include:

Viewers can live stream the PBA shows on the FOX Sports and FOX NOW apps or at FOXSports.com.

In addition to the 60 hours of broadcast television, FOX Sports digital also will play a key role in expanding the PBA’s visibility. Select highlights will be available on @FOXSports social handles across Twitter, Facebook, Instagram, and YouTube.

The Professional Bowlers Association (PBA) is the world’s preeminent organization dedicated to the sport of bowling and its professional competition, with thousands of members and millions of fans throughout the world. The PBA plays host to bowling’s biggest tournaments from the Go Bowling! PBA Tour, PBA Regional Tour, and PBA50 Tour. In 2019, the PBA was acquired by Bowlero Corporation, the world’s largest owner and operator of bowling entertainment centers with more than 300 locations throughout North America. For more information, please visit PBA.com and BowleroCorp.com. 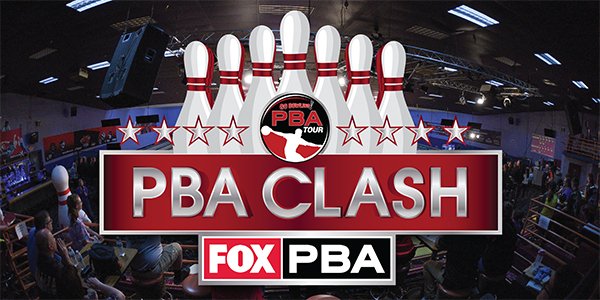