PAST CHAMPION LAVOIE SURGES INTO LEAD AT 2019 U.S. OPEN

MOORESVILLE, N.C. – Bowling’s U.S. Open is a test of patience, endurance and versatility.

As a past champion at the event, Canada’s Francois Lavoie already has proven himself on one of the most prestigious stages in sports, so it was no surprise to see his rise to the top of the leaderboard Saturday at Victory Lanes.

The 26-year-old right-hander entered the day in a three-way tie for 32nd place, more than 160 pins behind first-round leader Jason Belmonte of Australia, but made light work of the day’s 41-foot oil pattern to surge up the standings.

Seven-time Professional Bowlers Association Tour champion Anthony Simonsen of Little Elm, Texas, is second with 3,414 and followed by Belmonte (3,395) and Sean Rash of Montgomery, Illinois (3,392). Ronnie Russell of Marion, Indiana, and Bill O’Neill of Langhorne, Pennsylvania, are tied for fifth place with 3,391.

Defending champion Dom Barrett of England is eighth with 3,378, and Verity Crawley, also from England, is the cut number after two rounds with 3,249, an average of 203.06.

“I thought this pattern was the softest of the three and would be my best one, but I couldn’t have known I’d have that kind of number on it,” Lavoie said. “I didn’t really know how people would break it down, but I did expect higher scores, which we saw throughout the house.”

Saturday’s outstanding performance left Lavoie in a favorable position for a spot among the 36 players who will advance to Monday’s cashers’ round, but he knows how important it is to focus only on the task at hand.

The final round of qualifying will feature a 37-foot oil pattern, and Lavoie thinks it will be his biggest test of the week. Competition at Victory Lanes will resume Sunday at 8 a.m. Eastern, and Lavoie’s final eight-game block will begin at 6 p.m. EDT.

“I’m incredibly happy with today’s block, and it puts me in a great position overall for the tournament, but I also understand it’s time to move on and prepare for the next pattern, which I think might be the trickiest of the three,” Lavoie said. “I’ve learned a lot from the few times I’ve bowled in this event, and that includes staying in the moment and taking each day and each pattern one at a time. I think I’ve done a good job of staying level-headed so far, and I hope to carry that on to the next pattern.”

All competitors must endure 24 games of qualifying over three days, with each day featuring a different lane condition.

The basic strategy for navigating the challenging oil patterns at the U.S. Open is to minimize mistakes, keep the ball in the pocket, so anything left is makeable, grind on the patterns that might not suit your style and take full advantage of the ones that do.

Lavoie has epitomized that through two days at Victory Lanes.

On the 45-foot oil pattern in Friday’s first round, the three-time PBA Tour champion had four games under 195 and only one game over 230 on the way to a 1,611 total.

For perspective, however, only 38 of the 144 competitors averaged more than 200 for their eight games.

“I felt pretty good about yesterday’s block, but there’s definitely some shots I’d like to have back,” Lavoie said. “I had a couple of low games, but, overall, I think it was a decent score, especially on the first day. That early, you don’t necessarily have to lead, but you want to put yourself in a good spot and do what you need to do to stay in it. I tried not to score watch too much, but I felt like I was in a good spot when it was done.”

At the conclusion of Sunday’s round, the field will be cut to the top 36 for an eight-game cashers’ round on a fourth oil pattern, after which, the top 24 will advance to round-robin match play. The 56-game pinfall totals, including bonus pins for each win in match play, will determine the five finalists.

Each round of the 2019 U.S. Open, leading up to the championship round, is being broadcast live on BowlTV.com and simulcast on FloBowling.

CBS Sports Network will have live coverage of the stepladder finals on Wednesday, Oct. 30 at 8 p.m. Eastern. The winner will take home the coveted green jacket and a $30,000 top prize.

Lavoie’s first run at U.S. Open history came at the 2016 event in Las Vegas, where his success over 56 games earned him the No. 2 seed for the stepladder finals.

Despite his rookie status on the PBA Tour at the time, Lavoie was far from green, having enjoyed countless successes, both collegiately at Wichita State University and as a member of Team Canada.

He made history in the semifinal match, becoming the 26th player in PBA competition to roll a televised perfect game. It was the sixth time it happened during a major but was the first at the U.S. Open, which dates back more than seven decades.

His momentum continued into the championship match, and he defeated top-seeded Marshall Kent, 228-194, for his first PBA Tour title. He went on to become the 2016 PBA Rookie of the Year, as well as 2016 PBA Southwest Region Rookie of the Year.

With the few years that have passed since his memorable victory, Lavoie’s appreciation for what he accomplished has grown.

“I think the more tournaments I bowl, the more I realize how historic this event is and how special it is to have won it,” Lavoie said. “There’s something to be said for having quick success, and I think you appreciate it the more you bowl. It has been a while since I’ve won, and the more events I bowl in, the more I understand how difficult it really is. I’ve just been really fortunate to have a good start to my career.”

The U.S. Open is the final major championship on the 2019 PBA Tour schedule and is conducted jointly by the United States Bowling Congress and Bowling Proprietors’ Association of America.

For more information on the U.S. Open, visit BOWL.com/USOpen. 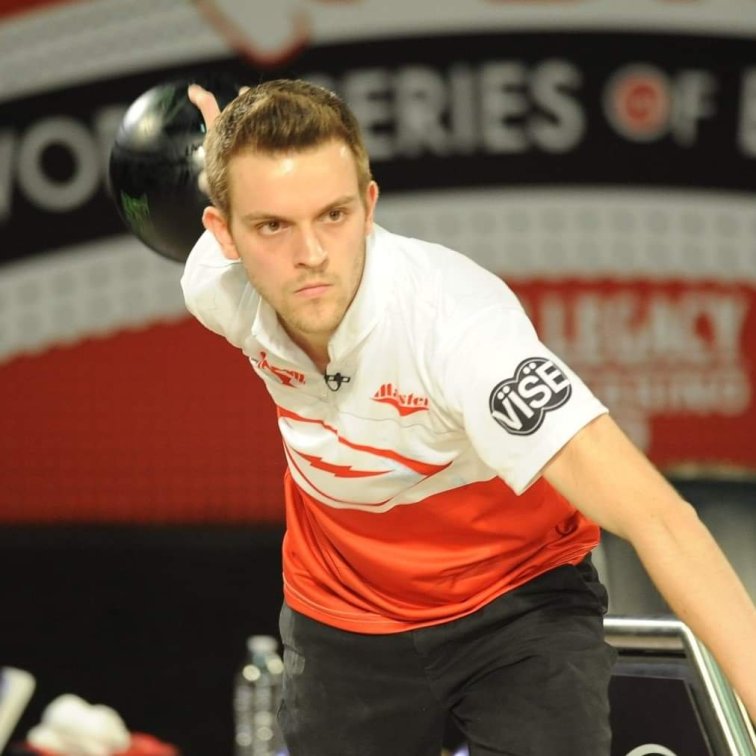