CHICAGO (Sept. 30, 2019) – Nine-year PBA50 Tour veteran Sammy Ventura of Syracuse, New York, has been named the 2019 PBA50 Dick Weber Sportsmanship Award winner as voted on by his fellow competitors on PBA’s tour for players 50 and over.

“It’s an award you always hope to receive not only because it’s voted on by your peers but because of the person it’s named after,” the 61-year-old Ventura said. “I think my intense passion for the sport helps keep my attitude positive and that’s what everyone sees. When you’re fortunate enough to compete at the highest level against great bowlers, how could you not enjoy that experience?”

On the competitive side, the 2019 season was arguably Ventura’s best with two runner-up finishes that matched his career high on the PBA50 Tour.

“The guys (on tour) keep telling me I’m like a fine wine getting better with age,” said Ventura, who finished second in the PBA50 Johnny Petraglia BVL Open and PBA50 South Shore Open. “I’ve had a tendency to throw the ball too hard but within the last year or so my ball speed and rev rate have started to match up better which has resulted in more strikes.

“I’m confident as ever and still determined to win,” the 11-time PBA50 Regional winner added. “The game evolves so you have to be able to learn from your experiences and make the changes to get better.”

The PBA50 Dick Weber Sportsmanship Award is named in honor of the PBA legend who won 30 PBA Tour and six PBA50 Tour titles during his Hall of Fame career and was considered one of the sport’s greatest ambassadors. 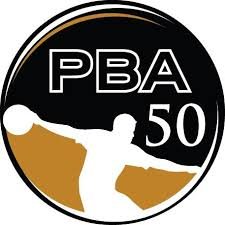