The 31-year-old left-hander was the player to beat throughout the week at the third major of the 2019 PWBA Tour season and delivered nine strikes in the title match to post a 245-204 victory over Shannon O’Keefe of Shiloh, Illinois. Tan collected $20,000 for the win.

The championship round of the 2019 PWBA Players Championship was broadcast live on CBS Sports Network.

“It’s really awesome to come away with back-to-back wins, because it’s something everyone wants but is so hard to achieve,” said Tan, who won a gold medal (Masters) during her final event last weekend at the World Bowling Women’s Championships in Las Vegas. “I’m really pleased with the results.”

Tan, the top seed, struck on six of her first seven deliveries to take advantage of a missed 10 pin and 3-6-10 combination from O’Keefe to start the match.

Tan missed a 10 pin of her own, however, in the eighth frame to open a window for O’Keefe, who responded with strikes on five of her next seven shots. O’Keefe’s run came to an end after she left a 9 pin to start her final frame, giving Tan the opportunity to clinch her second PWBA Tour title with five pins on her first delivery of the 10th frame. Tan rolled a strike to seal the win.

Tan had switched between reactive resin and urethane throughout the week at Buffaloe Lanes North, and she elected to go with reactive resin in the title match.

“The lanes were picking up really early, especially the left one,” said Tan, who won her first title at the 2016 PWBA Storm Sacramento Open. “So, I decided to bring up the surface on my resin ball and play in that area of the lane.”

Sunday’s victory also helped Tan earn an invitation to the season-ending PWBA Tour Championship, which will take place in Richmond, Virginia, from Sept. 15-18.

“I was thinking about it, but I didn’t focus too much on it,” said Tan, who was the runner-up earlier this season at the Nationwide PWBA Greater Cleveland Open. “I can’t control the outcome, but it’s a bonus for me. It’s something I’ve only done once, so I’m really, really happy to be going back.”

O’Keefe won three games on Sunday to earn her spot in the title match, averaging more than 236 to get there. She was in search of her fifth title of the 2019 season and third career major.

She fought the left lane during her semifinal win against Shannon Pluhowsky of Dayton, Ohio, and against Tan, and noted the missed spares to start the championship match were inexcusable.

“I was playing the left lane, at minimum, three or four more than the right lane the whole day,” said O’Keefe, who made her sixth championship-round appearance of the season. “I only made a three and three on the right lane, but it was more like a six and five on the left lane before it started to hook too early and I made the ball change.”

O’Keefe’s bounce back at the Players Championship after missing the cut at the 2018 event was a credit to her resilience, though, as she also locked up the PWBA Player of the Year award for the second consecutive season.

“I don’t let the past negatively affect me,” O’Keefe said. “I learn what I can from it and continue to move forward. I think that’s what has made me mentally tough over the last few years. I don’t let bad things hold me back. I learn and move on.”

She defeated Pluhowsky in the semifinal, 231-191. Pluhowsky was looking for her second career PWBA Tour title and first win since the relaunch of the tour in 2015.

O’Keefe moved onto the semifinal by besting United States Bowling Congress Hall of Famer Liz Johnson of Palatine, Illinois, 257-213. Johnson was in search of her third win at the Players Championship after claiming the 2001 and 2017 titles.

O’Keefe rolled strikes on eight of her first nine deliveries to win Sunday’s opening match against Ukraine’s Dasha Kovalova, 222-195. Kovalova was looking for her third title of 2019 and second major after winning the USBC Queens.

The 16 finalists for the Tour Championship also are set with the conclusion of the Players Championship.

All competitors at the 2019 PWBA Players Championship rolled 18 games of qualifying over two days to determine the 18 players advancing to round-robin match play.

Advancers bowled an additional 18 games in match play, including a position round, and 36-game totals, including bonus pins, determined the five players moving onto the stepladder finals.

BowlTV.com provided livestream coverage of all rounds leading up to the stepladder finals. 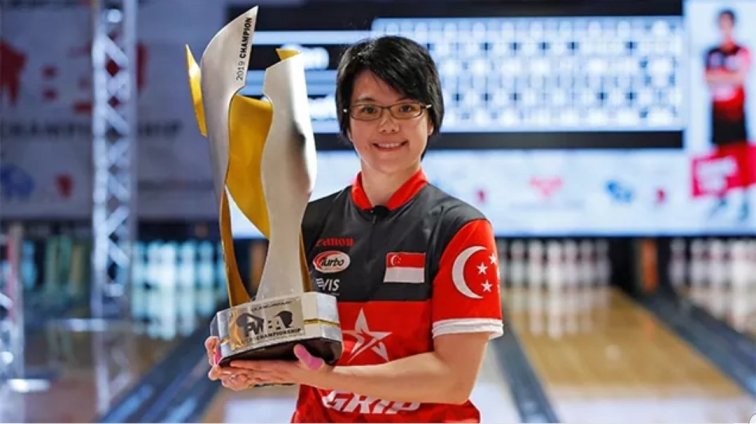