At age 22, Anthony Simonsen of Little Elm, Texas, has already established himself as one of the PBA’s premier stars. But his youthful journey to the top levels of competitive bowling hasn’t been easy. A documentary that made its debut on FloBowling.com Wednesday, “Simonsen: Leave It Behind,” tells his story.

FloBowling’s first documentary interviews Simonsen and the people close to him as it delves into how he overcame some difficult personal obstacles in his formative years to become one of bowling’s biggest stars.

“With this first FloSports bowling presentation, I hope you enjoy a glimpse into one of our young star bowler’s life,” said PBA Commissioner Tom Clark. “Anthony’s origin story, like every person in the PBA family, deserves to be told because when you get to know our players, when you really care about them and they feel like part of your family, the drama PBA bowling provides is unmatched.”

Simonsen has already won enough PBA Tour titles to qualify for election to the PBA Hall of Fame, but also must complete 20 years of PBA membership before he’ll be eligible for election. With seven standard PBA Tour titles and two majors, he is the youngest player ever to complete the title-eligibility requirement.

TICKETS ON SALE FOR PBA CLASH AT KEGEL TRAINING CENTER

General admission and VIP tickets are now on sale for the second PBA Clash which will take place on Monday, Oct. 21, at Kegel Training Center in Lake Wales, Fla. The Clash will include the 2019 Go Bowling! PBA Tour’s top eight money-winners in a special elimination-format telecast that will air on FOX on Sunday, Nov. 3.

VIP tickets for the 2019 PBA Clash are available for $50, and include:

• An interactive Q&A session with the PBA pros during official practice session between 5-5:45 p.m.;

General admission tickets are available for $20, with seating beginning at 6 p.m. Tickets can be ordered online at: https://www.eventbrite.com/e/pba-clash-tickets-68818707607.

PBA Hall of Famer Norm Duke, Clermont, Fla., is currently in eighth place with $97,415, and could be knocked out of the top eight by Kyle Sherman of O’Fallon, Mo., if Sherman wins the $25,000 top prize in the PBA FloBowling ATX Invite on Sept. 21 at Dart Bowl in Austin, Texas. Sherman is in ninth place on the earnings list with $78,968.

Fans can follow the Lucky Larsen Masters, which ends Sunday, at this link: http://luckylarsenmasters.meriq.se/2019/globalresults_adv.asp.

Former Junior Team USA member and three-time Teen Masters titlist Greg Young Jr. of Viera, Fla., was the top rookie performer in the FloBowling PBA Summer Tour, finishing third in the Harry O’Neale Chesapeake Open and fourth in the PBA Wolf Open as part of the FloBowling PBA Summer Swing presented by the Brands of Ebonite International in Aurora, Ill., but a slow start earlier in the year prevented him from gaining much ground on Mykel Holliman of Collierville, Tenn., in the 2019 Go Bowling! PBA Tour’s rookie competition points race.

The 2019 Harry Golden PBA Rookie of the Year will receive a $2,500 bonus from Chuck Gardner’s Bowl4Life Foundation and the foundation will donate an additional $2,500 to a youth bowler scholarship in the ROY’s name.

Baker kicked off the series by defeating fellow Hall of Famer Walter Ray Williams Jr. of Oxford, Fla., 239-219, in the final of the PBA50 Sky Lanes South Open in Asheville, N.C., on Aug. 25.

Ventura was next, winning the PBA60 Wilson & Sons Termite and Pest Control Southern Open at Victory Lanes in Mooresville, N.C., where he defeated Jeff Bellinger of Columbia, S.C., 201-195, for the title.

In the series finale, Horn put together three strikes in the 10th frame to claim the victory over Craig Auerbach of Sunrise, Fla., 222-215, for the win in the PBA50 Mooresville South Open in Mooresville.

Hall dominated qualifying as well as going undefeated in the bracket elimination round. He averaged 252.8 for the event. A split in the middle of the championship game gave Davis a chance to win, but consecutive nine-count spares late in the game and three strikes in the 10th allowed Hall to clinch the win.

• Jerry Marrs of Lake in the Hills, Ill. defeated Steve Taylor of Tremont, Ill. 228-199, to win the $2,000 first prize and his second PBA Regional title in the Illinois Valley Midwest Open at Illinois Valley Super Bowl in Peru, Ill., Sunday.

• The PBA Regional calendar moves into fall with a pair of events over the Sept. 6-8 weekend: the Boss Snow Plows/Ebonite Central/Midwest Open at PinHeads in Fishers, Ind., and the Grand Casino Hotel and Resort Southwest Invitational at FireLake Bowling Center in Shawnee, Okla.

● For complete PBA Regional schedules, rules and entry information, visit pba.com, open the “schedules” tab and click on PBA Regional Tours to find the event(s) in your area…and remember, you can follow “live scoring” for all PBA Regional events on pba.com (easily accessible for Apple and Android device users using the PBA app).

• PBA Hall of Famer Parker Bohn III and family conducted Bohn’s 20th anniversary youth scholarship tournament over the Labor Day weekend, notching a record 267 entries and paying out a record $31,000 in scholarship prize money. In its previous 19 years, the event has paid out more than $88,000 in scholarships. This year, the event was expanded to three days…and included livestreaming orchestrated by one of Bohn’s sons, Justin.

• Reminder: PBA Hall of Famer Danny Wiseman will host his eighth annual Youth Scholarship Tournament Saturday and Sunday, Oct. 12-13, at AMF Country Club Lanes in Baltimore. For complete information about the event, including how to enter, visit: https://pjbtbowlingseries.com/6843-2/?fbclid=IwAR25lmfG65mCdSbEp4ijE5qIXkt074TmUHPhR65T28P_42MyHjQrhydiOvA. 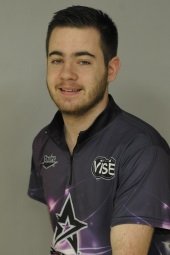