LOUISVILLE, Ky.
– United States Bowling Congress Hall of Famer Liz Johnson of Palatine, Illinois, rolled to the opening-round lead at the 2019 Pepsi Professional Women’s Bowling Association Louisville Open on Friday, averaging nearly 230 for her first eight-game block.
Johnson, a 24-time PWBA Tour champion, finished the first round at Executive Strike and Spare with a 1,826, a 228.25 average, to pace the 32-player field.
The two most recent major champions are next in the standings as 2019 U.S. Women’s Open champion Danielle McEwan of Stony Point, New York, is second with 1,812 and 2019 United States Bowling Congress Queens champion Dasha Kovalova of Ukraine is third with 1,806.
Liz Kuhlkin of Schenectady, New York, and Germany’s Birgit Pöppler also are in the top five and tied with a 1,789 total.
The top 12 players after Friday’s second round of qualifying, which starts at 5 p.m. Eastern, will advance to Saturday’s Round of 12. Total pinfall for 16 games will determine the advancers.
Sydney Brummett of Fort Wayne, Indiana, and Mexico’s Sandra Gongora are tied for 12th heading into the final round. Both players finished with 1,715, a 214.38 average.
Defending Pepsi PWBA Louisville Open champion Erin McCarthy of Omaha, Nebraska, is 31st with a 1,514 score.
A total of 32 players earned spots in the elite field at the 2019 Pepsi PWBA Louisville Open. The top 24 players on the 2019 PWBA points list (through the PWBA East Hartford Open) secured automatic spots in the field, while a pre-tournament qualifier (PTQ) at Executive Strike and Spare on Thursday filled out the rest of the field.
One player in the elite field – Singapore’s Cherie Tan – did not compete this week, which allowed nine bowlers to advance from the PTQ.
Saturday’s Round of 12 will feature six additional games and start at 10 a.m. Eastern. Total pinfall for 22 games will determine the top five players advancing to the stepladder finals, which will be broadcast live Saturday at 5 p.m. Eastern on CBS Sports Network.

BowlTV.com is providing livestream coverage of all rounds leading up to the stepladder finals. 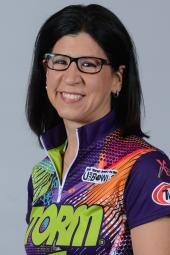