PORTLAND, Maine – As the 2018 OceanView at Falmouth PBA League enters its semifinal roundSunday on ESPN (1 p.m. ET), the key questions are: will the two-time defending champion Shipyard Dallas Strikers or the previous two-time champion Go Bowling! Silver Lake Atom Splitters keep their hopes of becoming the first three-time Elias Cup winner alive. Or, will the Barbasol Motown Muscle or the Sysco Philadelphia Hitmen spoil the party as they pursue their first PBA League championship?

ESPN’s coverage of Sunday’s Go Bowling! PBA Tour team competition at Bayside Bowl will decide the two teams that will bowl for the Elias Cup on ESPN on May 13 at 1 p.m.

“I guess we have our work cut out for us,” Couch said of his team’s matchup against the Strikers. “I was so focused on our quarterfinal match, I wasn’t paying attention to who we’d bowl if we won, but I guess now it’s Clermont vs. Clermont. It should be a good day.”

Each semifinal match features a best-of-two-game Baker format team match, with a one-ball sudden-death roll-off deciding any ties. The winning teams will advance to the Elias Cup finals on ESPN on Sunday, May 13, at 1 p.m. ET when the Mark Roth PBA League MVP also will be announced. The new Elias Cup finals format will include two best-of-two-game Baker format team matches which presents the potential for a maximum of seven one-ball sudden-death roll-offs to decide ties. 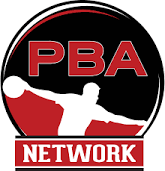